There’s no more playing around. We’re delivering the biggest Spring Break Event of the year! Grammy award winning Steve Aoki is set to rock Panama City Beach with his amazing style and sound. And it’s ONLY at Seahaven Beach Resorts and Sharky’s … home to the Spring Break Beach Bash Music Fest! The Mix Master will be performing on property March 12th. Doors open at 11am. Be aware, tickets for this show are limited.

But how’d you like to get in free? The next 50 breakers to book through SpringBreakGO.com will get free tix to the show! Cause we’re cool like that. But ya gotta book through our site to receive this offer!

Don’t forget, we’ve also got Tyler Farr LIVE! and are about to get Redneck Crazy! Tyler Farr has announced his new stop on the “Night Train” tour and it’s right here at Sharky’s Beach Bash on March 5th!

Columbia Nashville breakthrough artist Tyler Farr, whose debut album, Redneck Crazy, marked the biggest debut by a new male country artist since 2011, celebrated two milestones recently with a Platinum-certification for his hit #1 single “Redneck Crazy” and the announcement of his nomination for the CRS 2014 New Faces of Country Music Show, which will be held Feb. 21 during CRS.

Currently on tour with Florida Georgia Line and scheduled to begin touring with Jason Aldean in the new year, Tyler’s current single , “Whiskey in my Water” was the most-added song at country radio on its impact date and is currently making its way up the charts.

There’s only ONE LOCATION that can deliver the BIGGEST parties and concerts. And it’s only a click away at SpringBreakGO.com 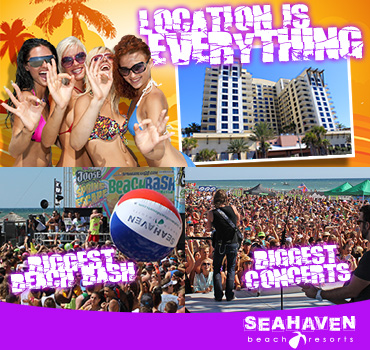