Owen’s fourth studio album, “Days of Gold” has produced two hit singles which broke the top 20 on Bilboard’s Hot Country Songs Chart in 2014, including the number one single “Beachin’.”

The Beach Bash Music Fest is Spring Break’s #1 daytime concert event and will be held for the first time on the beach at Spinnaker Beach Club. 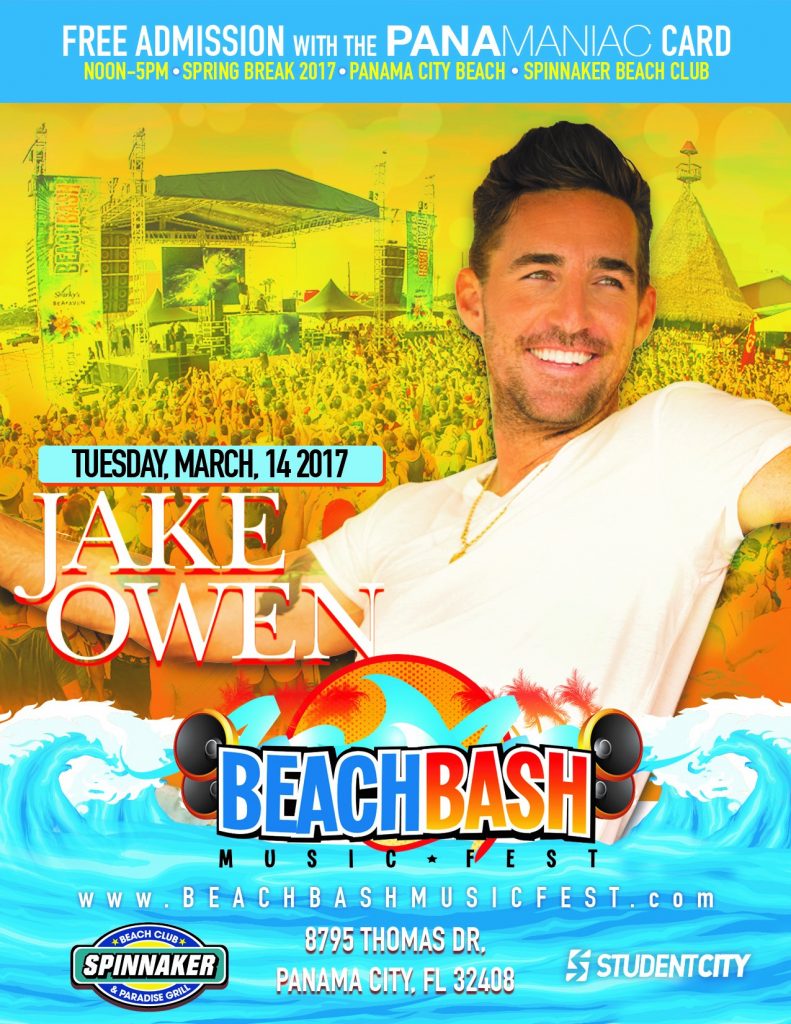